If your car is idling high at startup it can be concerning but there may be an explanation.

Why does my car idle high when I start it?

A car could have a high idle at startup for a few reasons including to control for emissions while the catalytic converter is warming up to operating temperatures or to compensate for gasoline that doesn't atomize well in a still cold intake manifold.

It could also be caused by problems such as vacuum leaks or problem sensors.

Let us take a more in-depth look to help determine why your car specifically, idles high when you start it…

Why Do Cars Idle at a High RPM When It's Cold?

If your car only idles high when it's cold and the rpm stays below 1200 rpm you probably have nothing to worry about.

It is normal for a vehicle to idle high at start up when it is cold.

In this case the engine is being told to idle high by an idle air control valve (fuel injected engine) or fast idle screw (carburated engine).

When the vehicle starts to warm up the idle will decrease nicely to between 600 and 900 rpm.

The reasons engine's are tuned to idle high on a cold start are:

1) To Reduce Emissions By Warming Up The Catalytic Converter As Quickly As Possible.

A catalytic converter is an emissions device that reduces (or converts) harmful pollutants in the exhaust to less harmful emissions by catalyzing a redox reaction.

This reaction happens most efficiently at warm temperatures.

2) Gasoline Vaporizes More Readily When It Is Warm.

The engine is only able to start if a proper air/fuel ratio exists in the engine's cylinder when the spark plug sparks.

In colder temperatures the gasoline does not atomize properly so the engine needs more fuel in the mixture to compensate until the vehicle warms up.

Why Does My Car High Idle When The Engine Is Cold?

Now on the other hand, if the car is idling above 1200-1500 rpm when its cold you need to investigate!

1) A Problem With The Secondary Air Pump Or Line

When an engine is cold it will suffer from incomplete combustion.

The secondary air injection system pumps air into the exhaust manifold while the vehicle's engine is cold to help any remaining fuel continue burning on its way to the catalytic converter.

2) A Problem With The Fast Idle Screw (Carbureted Engines)

On a carbureted engine, the fast idle screw sets the idle speed at a high rpm, like the name implies, to allow the vehicle to quickly warm up, while the choke is closed.

If the fast idle screw is not tuned properly the vehicle's engine will idle either too high or too low at start up.

What Could Cause A Car To Always Idle High Whether The Engine Is Warm Or Cold?

If your car always idles at 1200-1500 rpm whether the engine is warm or cold it points to a problem with tuning or a faulty component.

Modern vehicles are equipped with an ECU which acts as the brains of the car.

Among other things, the ECU will control the air/fuel mixture and ignition timing at start up.

If the ECU is acting up it could adversely affect your vehicle's idle at start up.

The IAC is an electronically controlled device that is actuated by the ECU.

A common issue why an IAC valve would malfunction is due to dirt and grime interfering with its operation. In this case, the IAC can be cleaned out with carburetor cleaner to get back in working order.

Vacuum lines run from the intake manifold to power various components on a car such as the windshield wiper motors, the brake booster, fuel pressure sensors etc.

A leak in the vacuum line will allow air into the intake manifold which could confuse sensors such as the mass airflow sensor and the O2 sensor into asking the cars ECU for more fuel and inturn making the car run rich.

The throttle position sensor controls how much air enters the intake manifold.

The mass airflow sensor measures the mass flow rate of air entering the engine. It sends this data to the ECU which then, with additional data from the O2 sensor, calculates how much fuel to pump.

A faulty mass airflow sensor could cause the engine with too little gas (lean) or too much gas (rich).

If the engine runs rich it may idle too high.

Using information from the O2 sensor along with the mass air flow sensor the ECU determines the optimal air fuel ratio Which results in optimal engine performance and minimal emissions.

Like the mass air flow sensor, problems with O2 sensor can lead to erratic engine performance including rough or high idle.

A leaky air intake, acts much like a vacuum leak, letting excess air into the combustion chamber which could lead to a higher than normal idle.

A high idle at startup may or may not point to a mechanical problem with your vehicle.

Keep in mind engines are set up or programmed to warm up as quickly as possible to minimize the inefficiencies and emission problems of a cold running motor.

On the other hand if you think the high idle isn't normal there may be a problem.

It is well worth it to investigate further.

If your check engine light is on, you may get the trouble code that points you in the proper direction of what is causing your high idle problem.

Bookmark AutoPadre.com and check back as we have lots of exciting things planned for the near future! 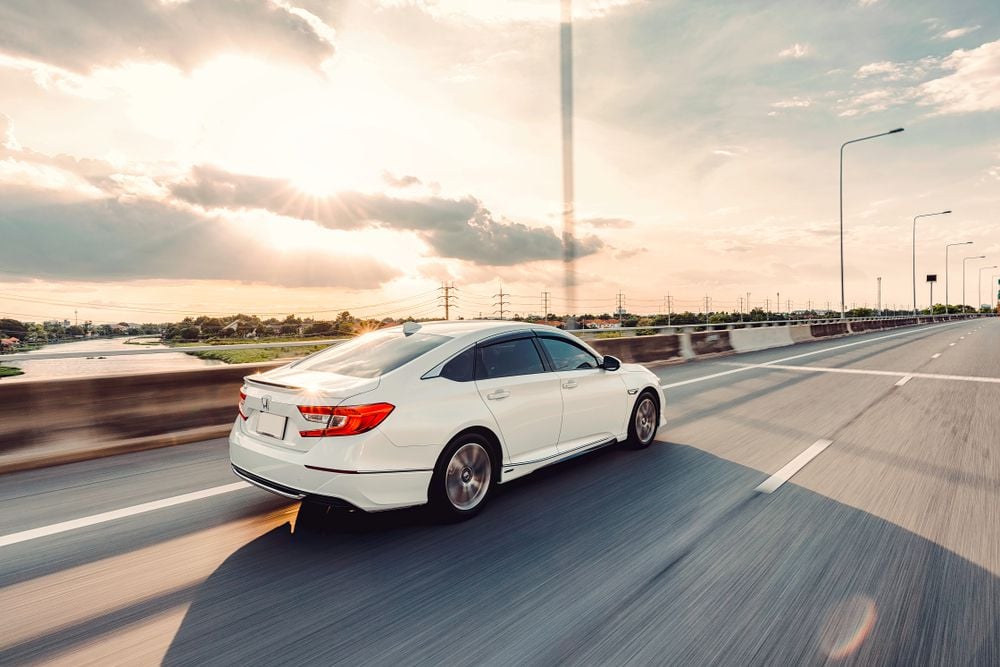 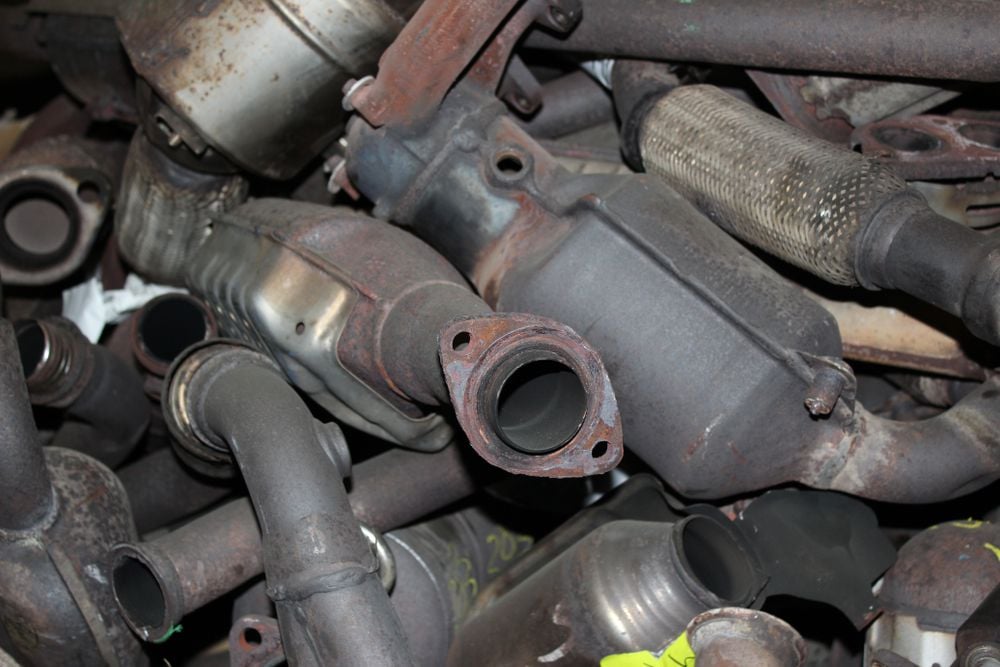 How Much Platinum Is In A Catalytic Converter? 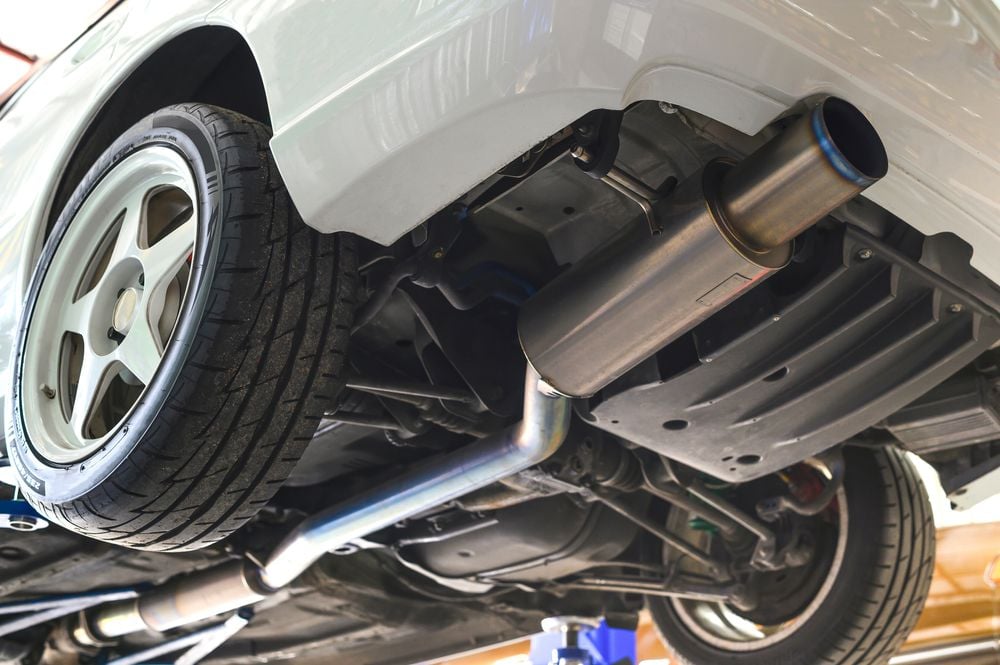 How To Make Your Car Louder?