Best Used All Wheel Drive Cars For Under $5000

An all-wheel-drive car can make an excellent daily driver or a winter beater that won't leave you stuck in the snow or mud.

First off, a caveat.

An all-wheel-drive car might not be the best option for everyone.

However, in many cases, a front-wheel-drive car with good winter tires can provide the same traction as an AWD in snowy conditions at a lower purchase price, better gas mileage, and lower repair costs.

But for those curious or for those that don't want to compromise on traction below are some of the best all-wheel-drive cars for under $5000...

Up first in the best all-wheel-drive cars for under $5000 is the Subaru Legacy.

The Japanese carmaker Subaru has made AWD cars forever, and you would be remiss not to check out the various models available. 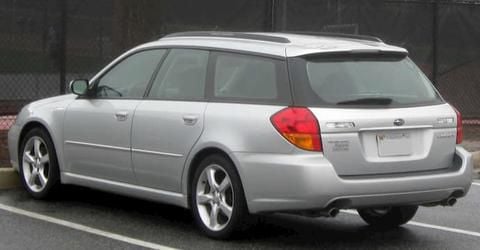 Subaru Of America started producing the Legacy for the USA and Canadian markets in January of 2004.

The 2005 Legacy took home many awards, including Most Dependable Sedan from Road & Travel Magazine, All-Star Family Car from Automobile Magazine, and the 2006 International Engine of the Year Award in the 2.0 liter to 2.5-liter category for the EJ255 engine.

The Subaru Legacy 4th Generation was available in both sedan and wagon.

The two remaining trim levels: 2.5i Limited and 2.5i, feature a naturally aspirated 2.5 liter 168 hp engine.

In 2008 a naturally aspirated 3.0 liter flat six engine was made available to the North American sedan producing 212 hp.

The automatic transmission-equipped car comes equipped with a variable torque distribution AWD system instead of the conventional viscous coupling center differential that comes with the manual transmission.

Getting up to 35 mpg on the highway, these cars make a great choice.

"Drivers here appreciated the Legacy's big power - 0 to 60 mph in 5.3 seconds and a 14.1-second quarter-mile - concealed in a modest but sleek exterior, which made flying below police suspicion that much easier."

"fit and finish is beyond reproach, the layout is simple and intuitive, and the low-gloss imitation-wood trim even drew accolades."

"Still, true sports-sedan status is denied the Legacy on account of too much pitch and roll as well as light steering and a mushy brake pedal. The ride quality, while on the comfortable side, isn't as smooth as the exaggerated body motions suggest."

The next car on our best AWD cars for our under $5000 list is the 2nd generation Subaru Impreza WRX.

Available as a sedan or wagon, the Subaru Impreza WRX design and build are heavily inspired by rally technology.

The engine uses a Mitsubishi Turbocharger that reaches a peak of 13.6 psi of boost. It is available with either a 4-speed automatic or five-speed manual transmission.

The automatic transmission-equipped car comes equipped with a variable torque distribution AWD system instead of the conventional viscous coupling center differential that comes with the manual transmission.

In 2004 and 2006, the WRX received an exterior redesign. Most notably, the headlights.

The car is a bit weak under 3000 rpm, but the WRX packs a punch that will put you into the back of your seat once the turbo spools.

"Below 3000 rpm, the engine is weak-kneed, and turbo lag is noticeable. We wouldn't call the lag offensive, but it's more pronounced than in a Volvo or Saab, the two turbo stalwarts in today's market."

"The five-speed model we drove snicked through the gears with Honda-like crispness. When the turbo came up to full boil at about 3300 rpm, the drivetrain transferred the power to forward motion -- and plenty of it -- with no drama."

Next up, we have the 1st Generation SX4 Hatchback. 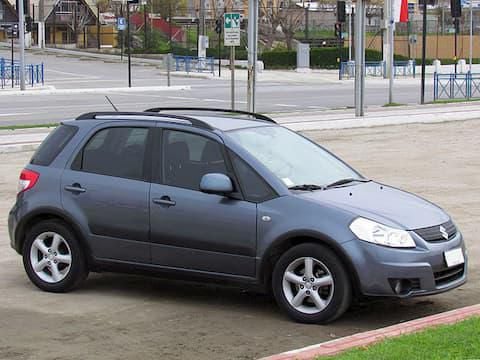 The SX4 makes an excellent option for budget-conscious buyers looking for an AWD vehicle. The SX4 was originally intended for European markets but, due to popularity, ended up being sold in most of Suzuki's international markets.

Available as a hatchback or as a 4 door sedan, only the hatchback had an AWD option.

The 2010 SX4 also brought other improvements, including a front skid plate, upgraded front (ventilated) and back (rear solid) disc brakes, six airbags (front side curtain), and an anti-lock braking system.

Hallmarks of the SX4 were tall headroom and excellent visibility but subpar interior quality.

"liked the smooth four-speed automatic transmission, though it was geared very tall to maximize fuel economy."

"The suspension earned the respect of Senior Editor."

"with a 1,995cc inline-4 engine, a four-speed automatic, and overall gearing that tried to make possible all-terrain friendliness, velocities above the national speed limit were a strain for the 2009 Suzuki SX4."

The Ford Fusion is a 4 door midsize sedan. Introduced in 2006, the AWD model was not released until 2007 and was only available in the V6 model.

The Fusion was built on Ford's CD3 platform, designed by Mazda as the Mazda G platform.

As a result, the Fusion benefitted from Mazda like handling and reliability. 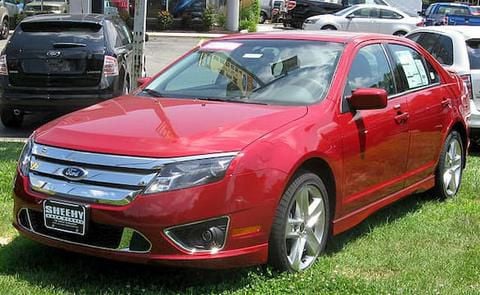 The Fusion was available in S, SE and SEL trims.

In 2007 the American Ford Fusion emerged the winner over the similarly priced Toyota Camry and Honda Accord in a head-to-head competition performed by the subscribers of Car and Driver and Road & Track magazines.

The V6 was the only Ford-designed powertrain and chassis component in the Fusion and was the only Fusion model available with the AWD drivetrain.

In 2010 Ford significantly updated the Fusion with a new front and rear-ended body design and interior and powertrain revisions.

"One forte of the Fusion is its handling. To begin with, its platform is one stiff piece, giving the mechanical underpinnings a solid foundation. Throw in double wishbones up front, a multi-link setup in back and anti-roll bars at both ends and the handling is light and tight without being harsh."

"Helping matters enormously are the oversized 225/50VR17 tires and the all-wheel-drive system. The latter is notable as it keeps a low profile, which means the driver is only aware of its action because of the lack of wheelspin"

"Power comes from a 3.0-litre, DOHC V6 that pushes 221 horsepower and 205 pound-feet of torque. While not the most powerful in the segment, performance is considerably better than expected."

It was introduced in 2002 as a 2003 model as a joint venture between Toyota and General Motors, with the GM version being the Pontiac Vibe. 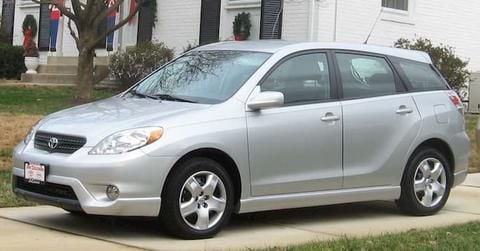 The Toyota Matrix is typically thought of like a "sport wagon".

First sold in February 2002, the Matrix had a minor update in the 2005 model year and was completely redesigned for the 2009 model year.

One notable feature of the Matrix is the "lay-flat" rear and front passenger seats, allowing for tons of cargo space! 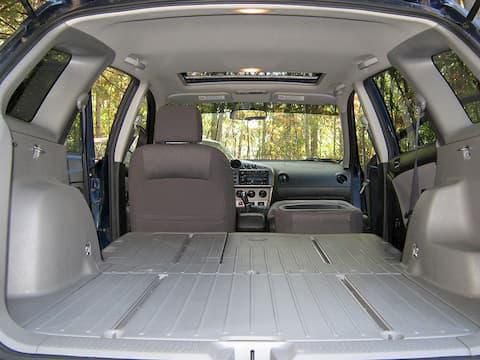 All-wheel-drive was only available on the models Standard and XR from 2003 to 2006 before being discontinued.

The Standard model Matrix all-wheel-drive mode came with few options and was only available with an automatic transmission and came paired with a 1.8 liter 4 cylinder 123 hp engine.

The engine is actually detuned from the 130 hp the FWD models get.

The XR model Matrix includes upgraded options like color-matching mirrors and door handles, a leather-wrapped steering wheel, and a panic button on the key fob. 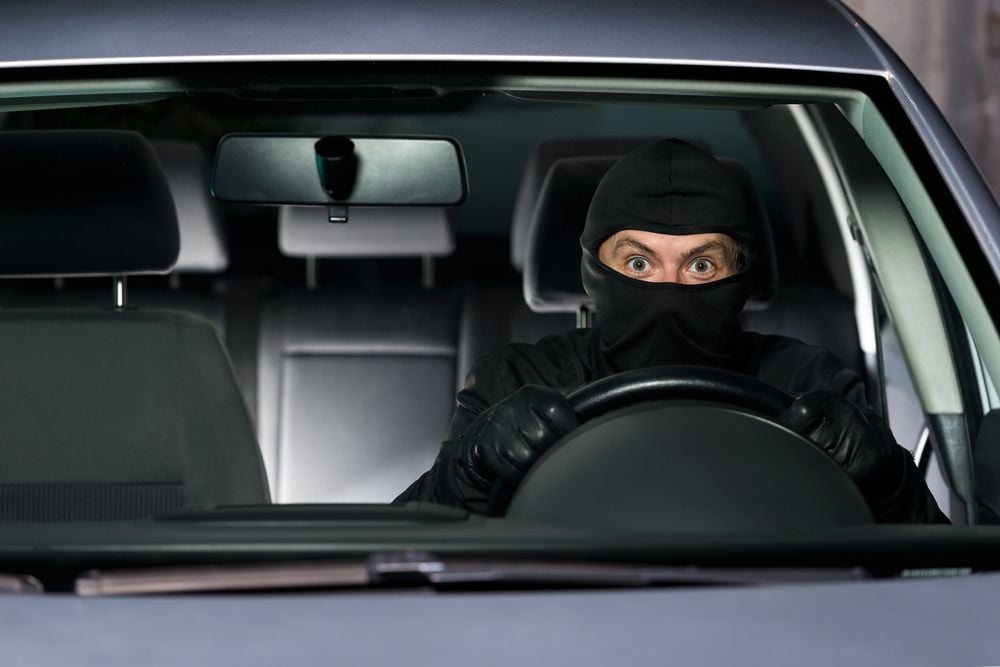 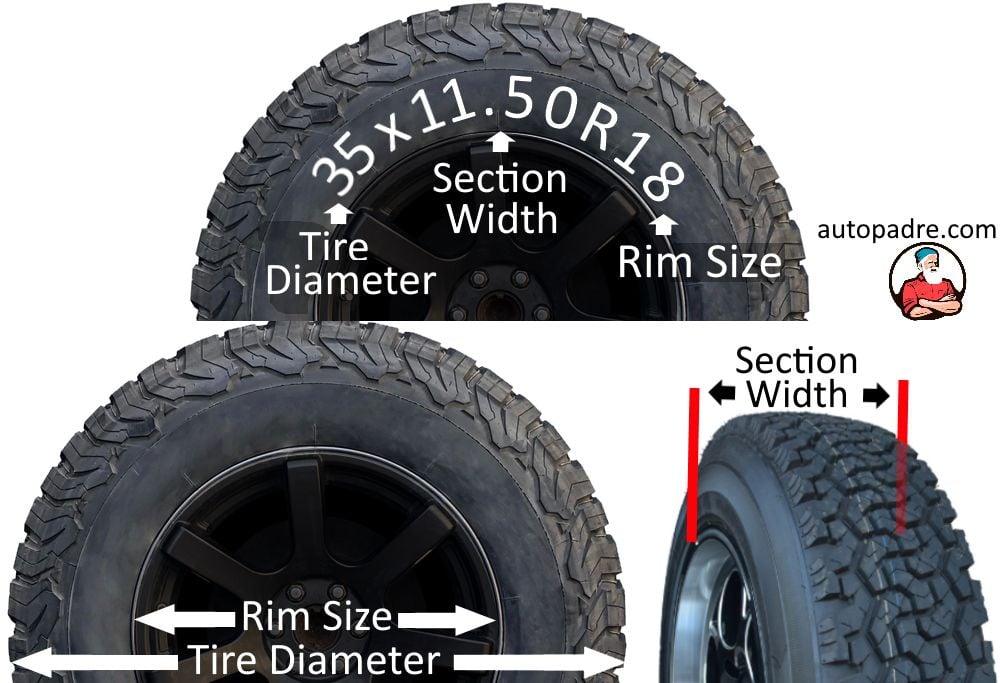 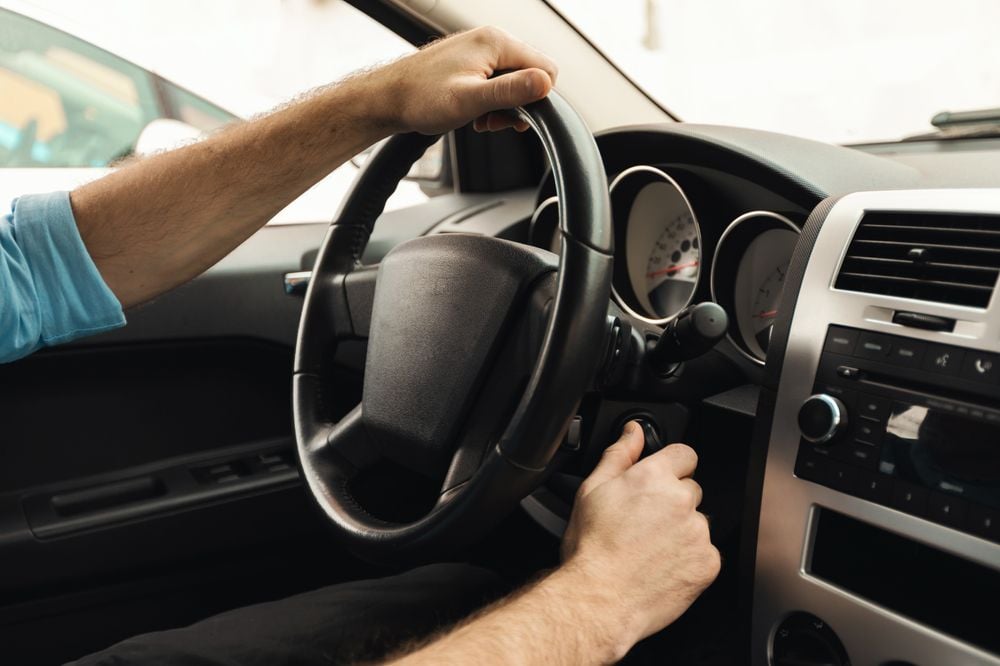 Why Is My Steering Wheel Locked?